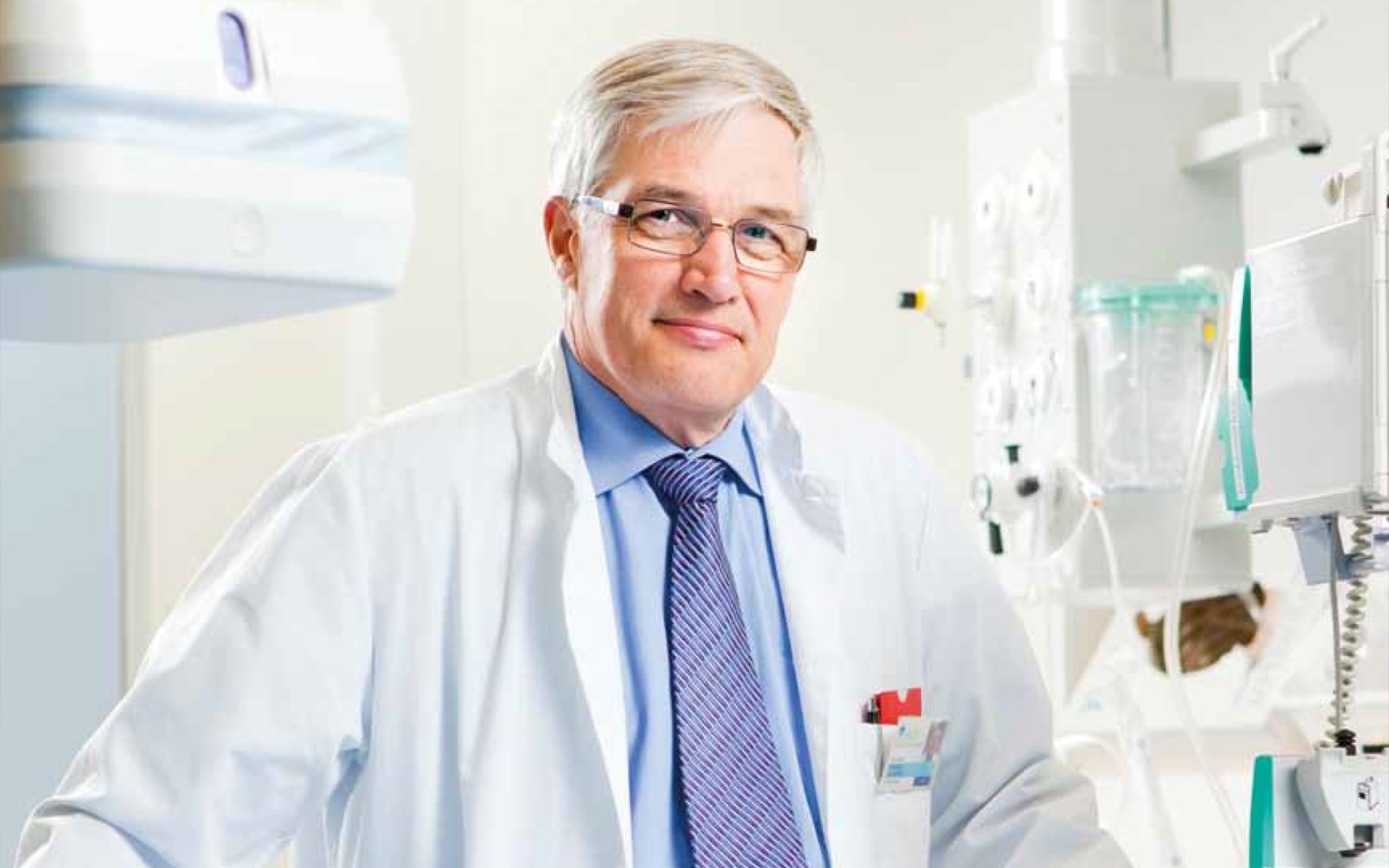 I am grateful to the Paavo Nurmi Foundation for the support they gave me in the 1980s and for their support to several researchers at my department, which has had a considerable impact on the development of cardiological research in Finland.

A career in heart disease

I am Professor of Cardiology at Helsinki University Central Hospital Division of Cardiology, and since 2009, Director of the Department of Medicine.

Since 1972 the focal point of my career has been research into heart diseases. I became interested in heart diseases while attending clinical courses at the Faculty of Medicine. To ask about potential research topics, I contacted Professor Pentti J. Halonen, who was then at the I Division of Internal Medicine and who was also one of the founding members of the Foundation. My doctoral thesis concerned the application of echocardiography to determine the scale and normalisation of myocardial infarction, an internationally ground-breaking study at that time. The thesis was completed in 1977. I later graduated as a specialist in Internal Medicine, and during the first phase of my career I went to Harvard Medical School on a Fulbright scholarship, where I worked under the renowned Professor Eugene Braunwald in Peter B. Brigham’s research laboratory for experimental cardiology. On returning to Finland in 1981, I specialised in cardiology and, partly thanks to my academic success, obtained a post as a cardiologist at the Cardiac Evaluation Unit at the HUCS I Division of Internal Medicine. Since then I have held the positions of Assistant Professor of Internal Medicine and Deputy Chief Physician of the outpatient clinic for Cardiology. Since 1997 I have been Professor of Cardiology and Chief Physician at the Division of Cardiology.

I have worked extensively with the Paavo Nurmi Foundation. In the 1980s, my research concerned myocardial infarction, medication for cardiac insufficiency and certain congenital heart problems. One of the key issues in myocardial infarction is the development of cardiac insufficiency. As a result, I treated patients with very severe insufficiency. I was also in a central position in developing a heart transplantation programme, in which I was the lead cardiologist from 1985 to the beginning of my duties as Chief Physician. Additionally, I was involved in introducing cardiac arrhythmia studies and angioplasty in Finland and also participated in developing cardiology education.

In addition to these numerous duties, I have led my own research group and engaged in research, particularly the study of coronary heart disease (CHD) and cardiac insufficiency. We have focused on the effect of lipid-lowering therapies such as fibrates on the development of CHD and seen that effective lipid-lowering treatment may halt the progress of coronary heart disease and reduce patient morbidity. Over the past few years, we have continued our research into coronary heart disease and myocardial infarction by launching an extensive study of over 5,000 patients to assess the molecular genetic mechanisms that affect the development of CHD and its serious consequences, including the mechanisms behind arrhythmia. We expect interesting results regarding certain regulatory genes that influence these mechanisms.